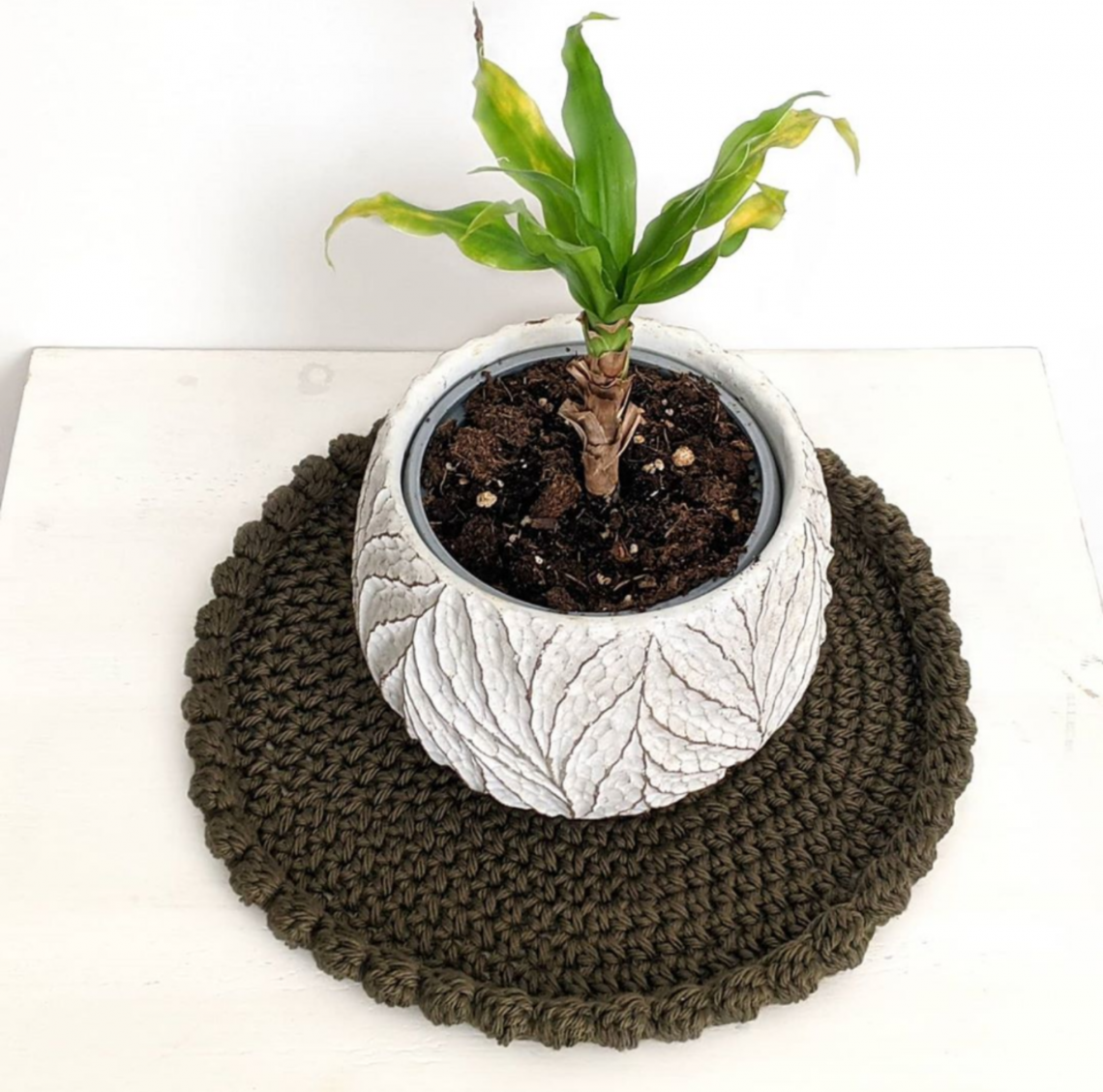 Please note: I have changed the stitch count for the worsted weight coaster. It now begins with 8 hdc. This helps the center lay flatter.

Grab the ad-free PDF version of the Mug Nest Coaster pattern in my Etsy shop or on Ravelry!

The Plant Nest Coaster is perfect for any room of the house. Not a plant person. It makes the perfect decorative piece for anything you love to display on your table, shelves, etc. And it works up super fast. Before you know it, you’ll have more than you know what to do with! It also has a boho vibe, that I love.

The coaster uses two different types of yarn, with two styles. You can easily customize the coaster to your desired size.

Gauge:
I did not swatch for this design.

The Plant Nest Coaster pattern is worked in continuous rounds, starting with a magic ring.

Use a stitch marker to mark the 1st st of each round.

To customize the size: Add or subtract as many rnds as you’d like. To add more rnds for a bigger coaster, keep following the pattern increases. Increasing each rnd by six Sts for Bulky, eight Sts for Worsted.

You’re done! I can’t wait to see what color you made your Plant Nest Coaster in!

This is an original pattern by Jessica Paz Creates. Please do not sell, reprint, or repost any parts of this pattern. You are welcome to sell your finished items but please link back to my shop. If you’re sharing on social media, please tag me so that I can see your finished items!

This site uses Akismet to reduce spam. Learn how your comment data is processed. 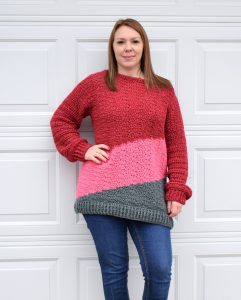